Audiological Tests Available in Our Department :
BERA :
Your ear is made up of three parts—the outer, the middle, and the inner ear. The auditory brainstem response (ABR) test tells us how the inner ear, called the cochlea, and the brain pathways for hearing are working. You may also hear it called an auditory evoked potential (AEP). 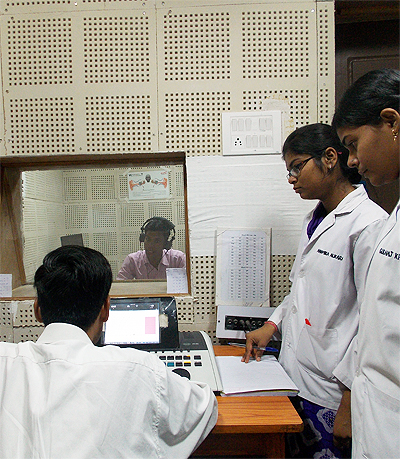 The test is used with children or others who cannot complete a typical hearing screening. The ABR is also used if your symptoms might be due to hearing loss in the brain or in a brain pathway.

AUDIOMETERY :
An audiometry exam tests how well your hearing functions. It tests both the intensity and the tone of sounds, balance issues, and other issues related to the function of the inner ear. A doctor who specializes in diagnosing and treating hearing loss called an audiologist administers the test.
The unit of measure for sound intensity is the decibel (dB). A healthy human ear can hear quiet sounds such as whispers. These are about 20 dB. A loud sound such as a jet engine is between 140 and 180 dB.
The tone of a sound is measured in cycles per second. The unit of measure for tone is Hertz (Hz). Low bass tones measure around 50 Hz. Humans can hear tones between 20-20,000 Hz. Human speech generally falls in the 500-3,000 Hz range.

OTOACOUSTIC EMISSIONS :
The OAE (Otoacoustic Emissions) test checks part of the inner ear’s response to sound. The test is mostly done on infants and children who may not be able to respond to behavioral hearing tests because of their age. 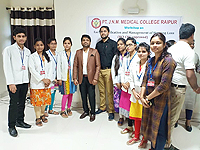 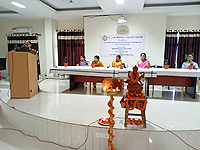 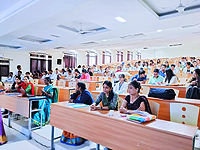 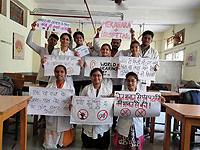